Wesam al-Delaema, also known as Wesam Khalaf Chayed Delaeme, born in Fallujah 15 February 1973, is an Iraqi Dutch citizen accused by the United States Department of Justice of conspiring to kill Americans in Iraq. Wesam al Delaema came to Europe in 1993 and applied for asylum in Greece.

This was refused and he was expelled. Late 1993 he applied for asylum in the Netherlands, not revealing his earlier attempt in Greece. Granted asylum in the Netherlands in 2001, he was working as a hair dresser. Wesam al Delaema took part in an anti-American rally in Amsterdam where he burned his hand trying to set fire to a flag.
Sentenced to 25 years in US.prison,but released after just 5 years because of a treaty transfer....
On February 26, 2009, an Iraqi-born Dutch citizen, Wesam Al Delaema, was charged with participating in a conspiracy to attack Americans based in Iraq.
The criminal complaint was filed at U.S. District Court in the District of Columbia on July 27, 2008.  Al Delaema, a/k/a Wesam Khalaf Chayed Delaema, was charged on four counts:
conspiracy to kill U.S. citizens abroad;

conspiracy to use a weapon of mass destruction (explosives);

possession of a destructive device (explosives) during a crime of violence; and

conspiracy to possess a destructive device (explosives) during a crime of violence.

On September 22, 2008, Dutch authorities announced that Al Delaema had been transferred into extradition custody in response to the request from the United States.

Al Delaema pled guilty in Federal Court in Washington, D.C. on February 26, 2009, and was sentenced to 300 months in Federal prison.
On March 29, 2010, Wesam Al Delaema BOP Register Number 28879-016 was successfully treaty transferred back to the Netherlands. 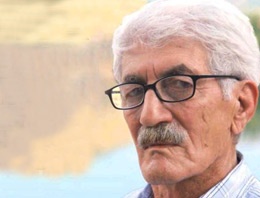 Hüseyin Yıldırım (born March 10, 1928) is a Turkish-American auto mechanic who was sentenced to life imprisonment in the United States for his courier role in the espionage activities of U.S. serviceman James Hall III during the Cold War era. Yıldırım was later pardoned and extradited to his homeland, where he was sentenced to 17 years in prison but served only one day.
On July 20, 1989, after a two-day, seven-hour trial, the federal jury found Yildirim guilty of his role as a courier for the convicted spy James Hall III. Hüseyin Yildirim was convicted and sentenced to life imprisonment without the possibility of parole.
Frederick Kramer of Savannah, Georgia, the U.S. assistant attorney who prosecuted Yildirim, sees his old foe as “a manipulative, lying mercenary who creates a simple-minded persona to conceal his absolute cunning”.
B. Avant Edenfield, the federal judge who sentenced the spy to life without possibility of parole, writes that “Yildirim is loathsome, should never be freed and is fortunate not to have forfeited his life for a sordid and treacherous business."
Extradition and later life
On December 29, 2003, Yıldırım, Federal Bureau of Prisons register number 09542-018, was released from the Lompoc Federal Correctional Complex. He was secretly extradited to his native country within the scope of a bilateral treaty on prisoner exchange between Turkey and the United States.
Arriving in Turkey on December 30, 2003, he was interrogated by the public prosecutor and put before a court in Bakırköy, Istanbul.The court sentenced him to 15 years in prison on charges of spying and two years for prison break according to the Turkish Penal Code.[However, his sentence was reduced to one day in prison after deducting the years of his confinement in the United States.
He spent one day at Metris Prison in Istanbul to obey the law, and was released from the prison on December 31, 2003.[1][2] After a visit to a hospital due to heart disease symptoms, Yıldırım went home to meet his wife, his physician daughter, and engineer son, who all came from Germany to see him.He stated to a major Turkish daily that he had not been to Turkey for 39 years, and had not spoken a Turkish word for 18 years.
Hüseyin Yıldırım went back to Berlin on April 27, 2004, after 15 years.

The Colombia Three are three individuals – Niall Connolly, James Monaghan and Martin McCauley – who are currently living in the Republic of Ireland, having fled from Colombia, where they were sentenced to prison terms of seventeen years for training FARC rebels. The incident came during a crucial time in the Northern Ireland peace process and risked damaging it.

The three came to prominence on 11 August 2001, when they were arrested travelling on false passports at Bogotá International Airport while waiting to transfer to international flights out of the country. The Colombian authorities alleged at the time that they were training FARC rebels and were members of the Provisional Irish Republican Army (IRA).According to General Fernando Tapias Stahelin, the Colombian authorities were tipped off by "an international security organisation".
Two of the three men, Monaghan and McCauley, had arrived in Colombia on 30 June 2001 on a flight from Belfast, via Paris. Niall Connolly had flown from Dublin, via Madrid, and spent a day in Caracas before making a rendezvous in Bogotá.
The three men then spent the next five weeks travelling through a demilitarised southern zone of Colombia, then under the control of the FARC rebels as part of peace talks with the Colombian government.They were arrested as soon as they touched down in Bogotá on a commercial flight on the Saturday night.

In accordance with Colombian law, the prosecution had the right to appeal the verdict, which it did. While awaiting appeal, the three men were free to leave jail, but were instructed by a judge to remain within the country. The appeal court overturned the original trial verdict, and convicted the men of training the rebels, sentencing them to seventeen years in jail on 16 December 2004.

The day after their conviction, the Colombian Attorney General announced that the men had fled Colombia.On 5 August 2005, following an interview with Monaghan by RTÉ's Charlie Bird, it emerged that the three men had clandestinely returned to Ireland.

The three men were subsequently questioned by Gardaí but no moves have been taken in relation to extraditing them to Colombia, despite the existence of a Colombian arrest warrant, since no extradition treaty or agreement exists between Colombia and Ireland

James William Monaghan was born on 9 August 1945, and is originally from County Donegal but his last known address was in Newry, County Down. In the 1970s he was believed to have been active in the IRA, gaining the nickname 'Mortar' on account of his skill in manufacturing homemade mortars and,according to security sources, he was head of the IRA's engineering section.
Monaghan was arrested on terrorist charges in County Donegal in the 1970.
In 1972 he was arrested in London and given a prison sentence for terrorism offences.In 1976, he escaped from the Special Criminal Court in Dublin following a double bomb blast.[He was elected to the Sinn Féin Ard Chomhairle in 1989.
According to Alex Maskey, he left Sinn Féin in 1989 or 1990,In 1999 he joined an organisation called Coiste na n-Iarchimí, a Republican ex-prisoners group.He was reported to have been a member of the IRA Army Council.

Martin McCauley was born on 1 December 1962 in County Armagh.He was shot aged 19 in 1982 by the Royal Ulster Constabulary (RUC) in a barn near Lurgan resulting from which he won a five-figure sum for damages against the RUC. He was unarmed at the time and another teenager was killed.
In 1985 he was charged with weapons possession in Northern Ireland and received a two-year suspended sentence.He was a Sinn Féin election worker during assembly elections in the Upper Bann constituency in 1998, but according to Sinn Féin he was not a member of the party.McCauley is regarded as a leading figure in the IRA's engineering section.

Niall Connolly was born on 5 December 1964 in Glenageary, County Dublin, and was educated at Newpark Comprehensive School[21] and Trinity College, Dublin.
The only one of the three who was a fluent Spanish speaker, he has extensive experience in Latin America, having worked there for a number of years.Prior to his arrest, he was resident in Cuba, where the Cuban authorities claimed he was the Latin America representative for Sinn Féin.This was initially denied by Sinn Féin, but they later accepted that he had been working in Cuba as a part-time party representative